Click here to view all obituaries
Search Obituaries
Immediate Need
We are here to help you. If you have need of our services, please call us, day or night, at:
24 Hours: 780-426-0050
Toll free: 1-877-426-0050
Or, if your need is not urgent and can wait until the next available director is available to answer your question, you can fill out the form linked below. To better prepare yourself, we have provided you with some helpful information regarding the immediate need process.
Contact Us / Location
Park Memorial Funeral Home - Edmonton
9709 111 Ave NW
Edmonton, AB T5G 0B2
Phone: 780-426-0050
Fax: 780-424-2405
Email: info@parkmemorial.com
Home
Obituaries
Our Difference
About Us
Our Facilities
Our Services
Funeral Merchandise
Funeral Services
Funeral Planning
What's Involved?
Immediate Need
Plan Ahead
After the Funeral
Grief & Healing
Understanding Grief
The Healing Process
Print Resources
We're Here to Help
Helpful Info
Helpful Guidance
Legal Advice
Community Links
Events
Covid-19 Info
Covid-19 Updates
Covid-19 Resources 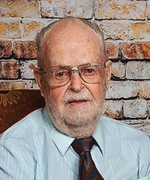 It is with great sadness that the family of Jonathan Day Page, announces his sudden passing on July 25, 2020 at his home in Edmonton, Alberta. He was 88 years of age.
A Graveside Memorial Service will be held on Thursday July 30 at 10:00 a.m., at the Rosedale Cemetery in Moose Jaw, Saskatchewan.

Relatives and friends wishing to support the family may view a live-stream of the service by clicking this link: www.parkmemorial.com.

Jonathan Day Page was born April 16, 1932 at the Edmonton Misericordia Hospital, to Victoria Patricia Page (nee Wright) and Shelly Page. Jonathan (Jack) was raised on a homestead close to Calahoo, Alberta until the family moved to Mission, BC in 1939. As a youth, Jack explored the Fraser Valley and developed a deep appreciation for fishing, hiking and long distance swimming. Jack was a member of the Navy Cadets and was trained in piloting large ships off of the West Coast of BC. During the summer months while attending UBC, Jack worked in the deep BC wilderness, surveying timber for the BC Forest Service and private companies. In the early 1950’s, Jack worked in the steel mills of Hamilton Ontario before returning to surveying. In 1957 Jack began his railroad career with the Engineering Division of the Canadian Pacific Railway and moved to Saskatchewan. After 30 years working with the CPR in the Regina and Moose Jaw region, Jack retired in 1987. He was community minded, and spent many years coaching and playing softball. Jack was an excellent cook, and after his retirement he spent 15 years volunteering with the Moose Jaw Army and Navy Airforce Veterans (ANAVET), planning and preparing daily meals as well as special occasion buffets for 150 people or more. He was active in bowling and shuffleboard leagues, played the trumpet with a local band in Moose Jaw, and enjoyed playing boogie woogie music on his piano. Jack took many road trips throughout North America including the BC interior, but he was particularly awed by the vast wilderness of the north and some of his most memorable trips were to Alaska, Yukon and the NorthWest Territories.

Jack was predeceased by his spouse of over 35 years, Irene Lyding and he will be laid to rest by her side. He is survived by Irene’s family Jim Swaok, Joan Swaok, grandchildren, Kimberly and Blake Grenier, Josh and Mackenzie Swaok, Nic and Natasha Swaok, and great-grandchildren, Kingston and Jorja Grenier; Elliot, Mahlon and Austin Swaok; Shaymus, Finnley and Josie Swaok.

Jack had an easygoing love of life, an adventurous, kind spirit, and the ability to provide comfort, wisdom and humor. He could draw people in with his humble charm and wit, yet would call out malarkey when the situation demanded. Jack believed that one should not mourn loss, but should enjoy and be grateful for memories and experiences gained, whether that be from people, events, or things. While we all mourn his passing, we should also celebrate his time alive, and all the memories we have gained sharing our existence with him. He deeply touched people's hearts, we miss him dearly.

We say farewell to Jack and hope he has many more adventures on the other side of the stars.

Memorial donations may be made to World Vision.