In Memory of
Marvin Henry
Gibbs
2019
Click above to light a memorial candle. 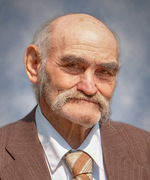 On December 6, 2019, Marvin Henry Gibbs of Rochfort Bridge, AB, passed away at the age of 81 years.
Marvin is survived by his children, Mysty (Grant) Schallock of Barrhead, AB, Crystal Bullock of Kamloops, BC, Zane (Kelly Gibbs) of Spruce Grove, AB, Peter Gibbs of Edmonton, AB; his stepchildren, Josephine, Isabella, Angela and Benedict Alexis; his beloved grandchildren; brothers, William (Effie), Cecil (Linda), Neil (Cheryl), Deane (Margaret), Garry (Hazel); and sister, Marion (Ed) MacDougall; and many more dear relatives and friends. Predeceased by his wife, Janet (December 6, 2019); wife, Linda (2008); son, Marvin Jr., (2002); step-son, Gary Rain (2013); and son-in-law, Tim Lehman (2017).
The family expresses their deep appreciation to the Mayerthorpe RCMP and First Responders and to the Lac Ste. Anne County Fire Services for their heroic efforts in preventing the fire from spreading and recovering our loved ones’ bodies.
Funeral Service Monday, December 16 at 1:00 p.m. at the Diamond Centre, 4814 – 54 Street, Mayerthorpe, AB, with interment in Rochfort Bridge Cemetery.
In lieu of flowers, donations to be made to the Ronald McDonald House, 7726 – 107 Street NW, Edmonton, AB, T6E 4K3.